Due to circumstances beyond our control, we have to cancel the SKATE DREAMS x SKATE LIKE A GIRL Fundraiser on Saturday. We’re working to schedule another time to show the film. Until then, we’ve refunded all tickets and will let everyone know when we can screen again.
Thanks so much for your support. 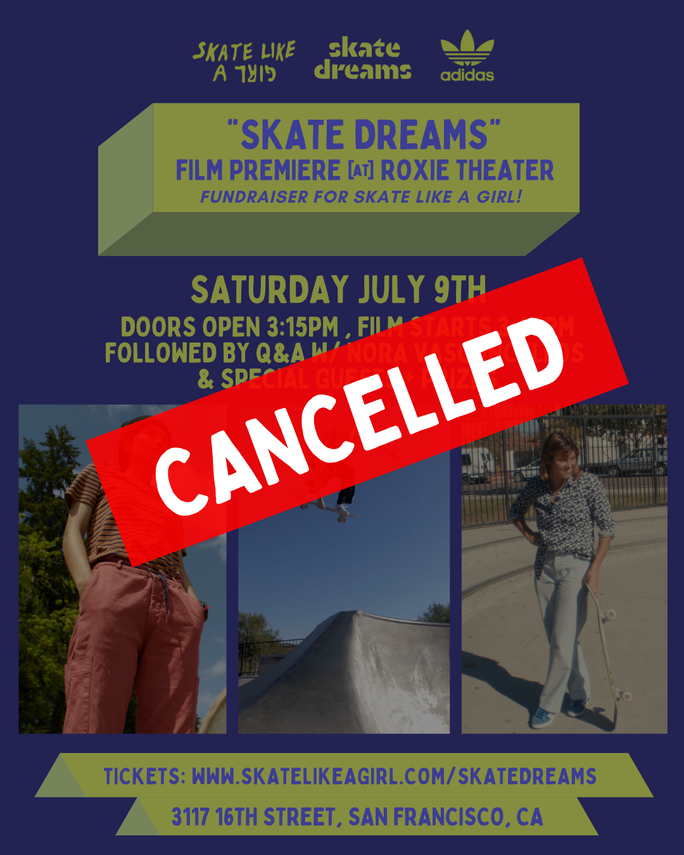 SKATE DREAMS FILM PREMIERE
& FUNDRAISER FOR SKATE LIKE A GIRL

SKATE DREAMS is the first feature documentary about the rise of women’s skateboarding. It profiles a diverse group of women whose pursuit of self-expression and freedom has helped create an international movement. The story spans the trailblazing pioneers of the 1980s and the next generation of Olympic contenders as they defy industry gatekeepers and fight for professional equality. SKATE DREAMS showcases the charismatic personalities and indomitable spirits of these amazing talents on and off their skateboards. Directed by Peabody Award-winning filmmaker Jessica Edwards (MAVIS!). 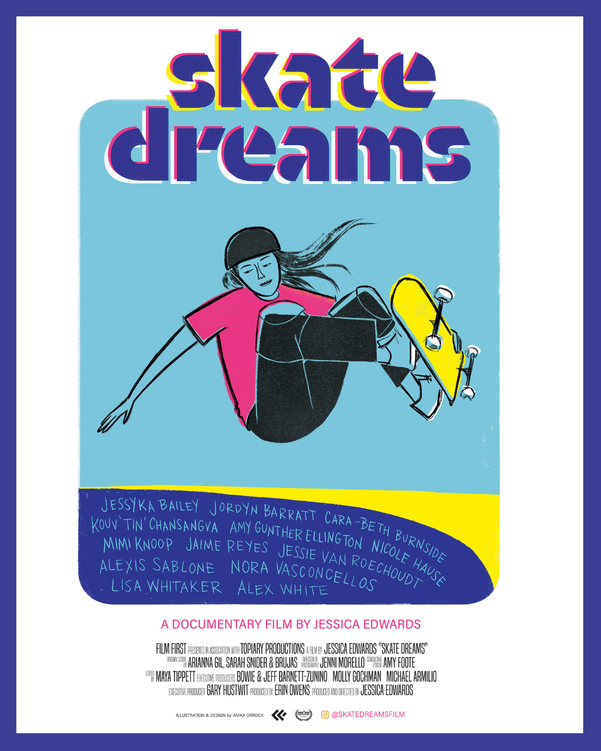